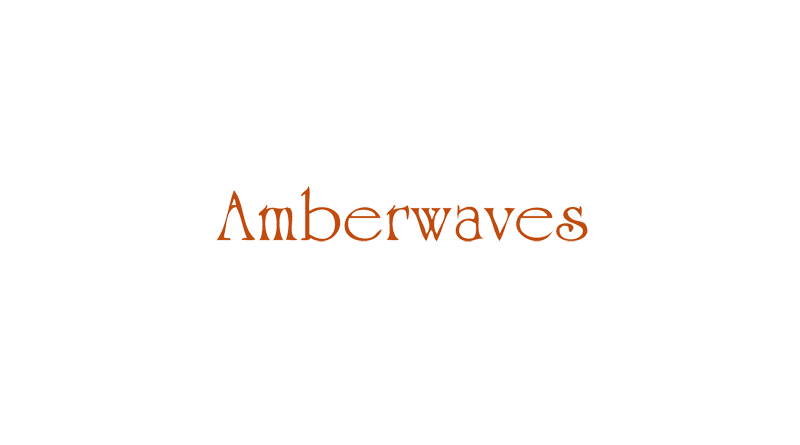 “What a great conference!” enthused participant Ellen Harris. “I heard one of the talks via phone when I was out and look forward to catching it visually on the re-run.” About 50 friends participated in the event, the first of its kind, over the long weekend of November 2-4.

The gathering, organized by Planetary Health, the nonprofit sponsor of Amber-waves, was live-streamed on Zoom, an online platform that allows the faces and voices of all participants to be shown. Not everyone elected to have their audiovisuals shown. “I had no pressing questions and felt too shy to participate,” confessed Evelyna Vignola. “But it was quite good attending the sessions I could get to, and I look forward to the whole recording.”

The event was divided into five 2-hour sessions. In the first session Friday evening on integrative medicine, Sommer White, M.D., a macrobiotic physician in Nashville, described her work in an emergency room dealing with the opioid crisis. She observed, “Saboxone and methadone are not the answer,” and told how medical personnel in Tennessee expressed interest in how to relieve pain, nervousness, and nausea with alternatives such as diet and vitamin therapy.

Donna Clifford, R.N., a nurse from Salem, MA, reported on a new regulation in Massachusetts requiring all hospital workers to get annual flu shots. Like many nurses and doctors, she said, she objected to the vaccinations because they were potentially dangerous. “Why is it not OK to put mercury in the trash, but OK to put it in bodies?” she quipped. Vitamin D in natural foods or supplements, she went on, was more effective in preventing the flu.

Refusing to be inoculated, Donna applied for exemption from a state committee which offered an opt out only for religious reasons. She feared the worst because no one had yet been approved. But to her surprise, her request, based on her macrobiotic education and graduation from Planetary Health’s Level 4 Advanced Training Program, was accepted. She became the first and only healthcare worker in the state to be exempted.

Susan Krieger, a macrobiotic acupunc-turist from Florida, then discussed her experience in New York participating in a Red Cross study helping first responders who suffered from mercury poisoning and other ills following 911. Ear needling helped significantly, she reported, but unfortunately funding for the project was not renewed.

Like many nurses and doctors, Donna objected to the vaccinations because they were potentially dangerous. “Why is it not OK to put mercury in the trash, but OK to put it in bodies?”

In Saturday morning’s opening session, Amberwaves’ contributors Rich Myers and Cynthia Vann discussed the potential hazards of wireless technology. Rich’s research found that smartmeters beam from 9600 to 190,000 pulsed signals a day into the typical wired home. “We are immersed in a sea of RF (radio frequency) radiation unprecedented in human evolution,” he warned. Cynthia noted that the telecommunications industry took out patents for shielding devices in the 1990s, but they were never developed. “Bottom line,” she concluded, “get a landline phone.” Bettina Zumdick, the conference co-chair, mentioned her own experience with Lyme disease, named after Lyme, CT where it first appeared. She noted that nuclear radiation from a nearby naval base may have created weakened immune function that allows virulent symptoms to arise.

In a global wrap up, Daniel Mayor, head of the macrobiotic association in Barcelona, reported that his school had 200 students, and interest in macrobiotics in Europe was spreading. From Paris, Caroline Delacoute (another Amberwaves contributor) reported that organic food is making strides in France. The country has set a goal to serve 22% organic food in schools within 3 years and 50% by 2022. From Dubai, Bashar Antoun described how modern sedentary lifestyles and an artificial, air-conditioned environment have resulted in widespread nutritional deficiencies, depression, and obesity. The first online macrobiotic courses in Arabic will start soon.

Saturday afternoon, I began the session on diet and nutrition by giving a slide show on Fake Food: “In an era of fake news, alternative facts, and the death of truth, fake or artificial food in many ways underlies this trend.” Focusing on unhealthy natural foods, I singled out Alt-Meat as the #1 worst food, especially the Impossible Burger, a gourmet vegan patty made with a GMO protein that gives it its blood-like consistency. Other fake foods included in-vitro (test-tube) meat (promoted by PETA and the Gates Foundation), soy hot dogs, soy cheese, and other analogues, highly processed plant-based milks, vegan ice cream, and coconut oil (a saturated oil that contributes to heart disease).

Carlos Aponte, a community organizer in the Bronx, followed with a lively discussion on the increasing sensitivity to grains. In his own case, he reported experienced allergic reactions after many decades of consuming whole grains. Several participants noted that the quality of bread and other grain products is generally better in Europe than the U.S. New hybrid wheats may also be a factor. Alice Fava, a macrobiotic teacher in Toronto, suggested eating more sprouted grains such as Indian dosa or flat breads.

Angelica Kushi, a yoga and meditation teacher in New York, led a segment on making macrobiotics mainstream. She said the movement had gone through several phases: 1) hippie peaceniks, 2) cancer-prevention, 3) celebrities, and 4) retooling. She suggested that the current phase focus more on global diets and lifestyles, protect-ing the environment, and addressing planetary food issues. To reach today’s digital world, she concluded, “We need macro apps!”

In Saturday afternoon’s session devoted to healing, Lidia Kuleshnyk from Toronto related how she successfully used the 3 C’s—Centered, Connected, Conscious—to counsel her clients. Yasuko Kondo, a pharmacist from Japan, told how she healed uterine cancer with macrobiotics. Michelle Reynolds, a geriatric nurse in Duluth, Minnesota, described her healing journey recovering from restless leg syndrome, GIRD, and other ills. Mark Leonas from Amherst, Massachusetts told how he overcame major prostate issues with a healthy, balanced dietary approach.

On Sunday morning, Sheri DeMaris, a senior cooking teacher who started a macrobiotic breakfast service with her niece in a Wegman’s restaurant in Berwyn, PA, recounted successfully introducing gluten-free pancakes, mock eggs benedict, tofu quiche, and other tasty dishes to the general public. Sachi Kato, a Bay Area teacher, Amberwaves contributor, and new mother, presented ways to manage cooking without burning out. “The basic meal consists of one grain and one vegetable,” she said. “Then add soup, beans, or other land and sea veggies, if you like.” “One-plate dishes, such as noodles with tempeh,” she concluded, “are also quick and easy to make and very satisfying.”

Bill Aquilino, a macro chef and caterer who worked at the Kushi Institute and a macro restaurant in Brussels, told how macrobiotics changed his life. For his gourmet customers, he has developed fabulous desserts without eggs and butter.

Overall, the Online Macrobiotic Educators Conference was an unqualified success. With the help of cutting-edge technology, the event united people from across the planet, promoted the cross-pollination of insights and practical techniques, and can serve as a seed for future assemblies and gatherings.     ¨