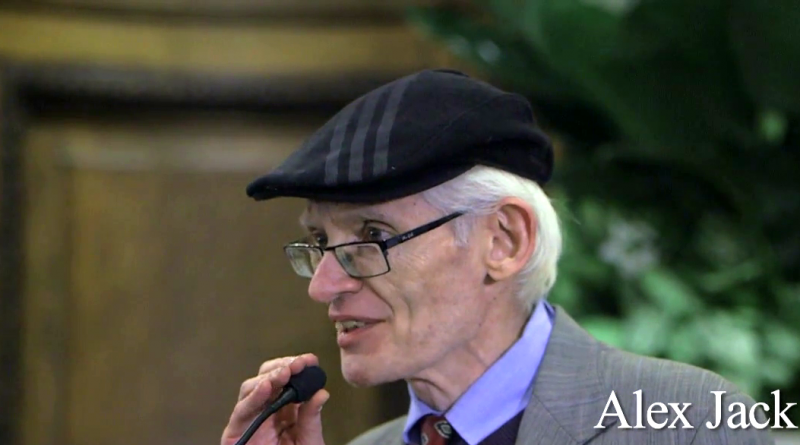 The Berkshires, Western MA, January 25, 2020—A whole foods, plant-based diet, based on sustainable natural and organic farming methods and macrobiotic principles, could be a vital part of the international response to the Coronavirus that started in China and has now started to spread around the world, says Alex Jack, president of Planetary Health, Inc., an international health and environmental organization with headquarters in the Berkshires.

Alex Jack has written or edited over 25 books on diet and health, collaborating with Michio Kushi, leader of the international macrobiotic movement, who came to the United States from his native Japan 65 years ago. Kushi and Jack are the authors of many books, including The Cancer Prevention Diet (St. Martin’s Press, 2010), The Macrobiotic Path to Total Health (Ballantine, 2003), and AIDs and Diet (One Peaceful World Press, 1994). Over the years, the macrobiotic movement have cooperated with WHO (World Health Organization), NIH (National Institutes of Health), CDC (Centers for Disease Control and Prevention), NCI (National Cancer Institute), and other public health agencies in a dietary approach to heart disease, cancer, and other chronic diseases. Jack and his associates, Bettina Zumdick and Edward Esko, are currently undertaking whole foods, plant-based dietary intervention study for patients with type 2 that has been approved by the Berkshire Medical Center, the region’s largest hospital.

“A macrobiotic diet centered on whole grains, beans, fresh vegetables, sea vegetables, and other predominantly plant-quality foods can boost natural immunity to disease and may help prevent the onset of the Coronavirus and assist those with the disease recover,” Jack stated. “While we have no direct experience with treating Corona yet, a macrobiotic approach has been effective in helping to treat HIV/AIDS, and other serious, potentially fatal viral and bacterial conditions.

At the International AIDS conference in Paris in 1986, researchers from Boston University reported that HIV/AIDS patients with moderately intact immune functions stabilized on the macrobiotic diet, increased their T4—positive cell and lymphocyte counts and that the average survival time had already surpassed any AIDS group under study until that time. In 1987, Michio Kushi, his wife Aveline, and a team of macrobiotic medical associates were invited by the government of the Republic of the Congo to visit Central Africa and give a symposium on the macrobiotic approach to AIDS in Brazzaville. The conference was held at WHO headquarters and attended by 200 medical doctors, including many traditional healers.

Bettina Zumdick, culinary arts director of Planetary Health, stated that the macrobiotic approach to coronavirus was similar to that of AIDS, Ebola, and other potentially lethal viral diseases. She noted that medical researchers in Japan found that umeboshi plums, a traditional salted, aged, pickled plum and a staple in the macrobiotic way of eating, contain a substance that can suppress the growth of the H1N1 virus that led to the Swine Flu epidemic several years ago. When applied to affected cells, researchers reported, the growth of the virus was suppressed by nearly 90% after seven hours.

Zumdick also quoted Dr. Benjamin Spock, who practiced macrobiotics during the last decade of his life. Dr. Spock wrote in the last edition of his bestselling book Dr. Spock’s Baby and Child Care that within two weeks of starting macrobiotics he cleared up a longstanding infectious condition with diet, “My chronic bronchitis went away after years of unsuccessful antibiotic treatments.”

“We strongly support the international medical relief effort for Corona and encourage natural and organic farming practices and dietary prevention and nutritional relief by individuals, communities, physicians, and humanitarian relief organizations as a key element in halting the contagion,” Zumdick concluded.

In 2014, Planetary Health launched a web site with dietary advice on the Ebola crisis, another deadly contagion associated with infected animal food: www.ebolaanddiet.com. Dr. David W. Denning, Professor of Infectious Diseases in Global Health, University Hospital of South Manchester, UK, endorsed the recommendations on the Planetary Health web site: “Sensible and nutritious dietary advice and real behavior change are needed across the Western world. Red meat-eating (less so chicken) contributes big time to water shortages and global warming as meat is an inefficient source of protein compared with fruit and vegetables…I suspect that even 2 days of macrobiotic food would be a great improvement in many people’s diets…There is much your advocacy can offer the world.”